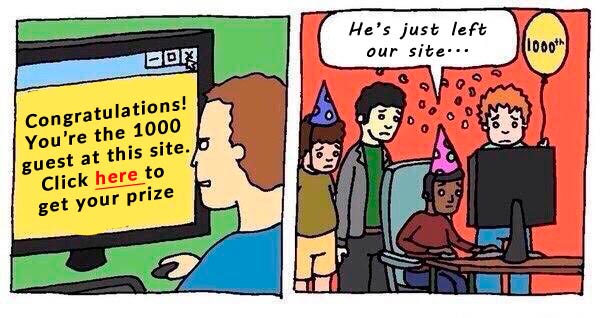 How often do you encounter those annoying advertising banners? Regularly?

The internet is not yet completely filled with bad, i.e. bothering, distracting, inappropriate pieces of advertising, with clumsy jokes and ugly design. One can find banners in our universe, that are interesting and witty, attract attention and entertain a user. It happens that people are looking for funny ads intentionally to share them with their friends and have fun.

If you buy or create ads, you certainly want them to have an effect. A vast variety of techniques are used for that but the main thing that you have to keep in mind is the audience and its preferences. Otherwise, a user just won’t notice it.

And below are selected examples of how to use a small space on a website to the best effect.

An ingenious example from Pringles – the infinite Can Hands banner. The background remains the same and only the emerging text changes as if someone’s talking to us by means of it. It is witty, funny and excites the users making them click again and again. The banner ad contains 97 slides in total. 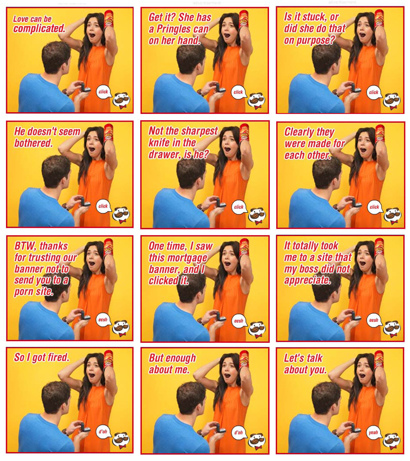 2) A Banner for Those Who Like Puzzles and Quests

The Australian Defense Force placed this banner suggesting to find the hidden part of the ad in the source code. Want to try it yourself? Here’s the website. 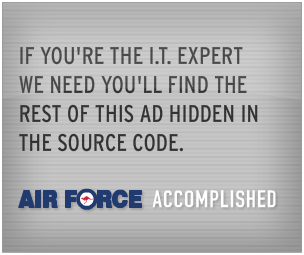 If it didn’t work out, below is how the hidden message looks 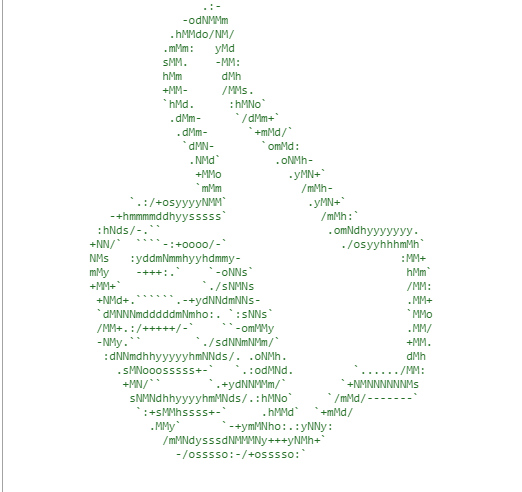 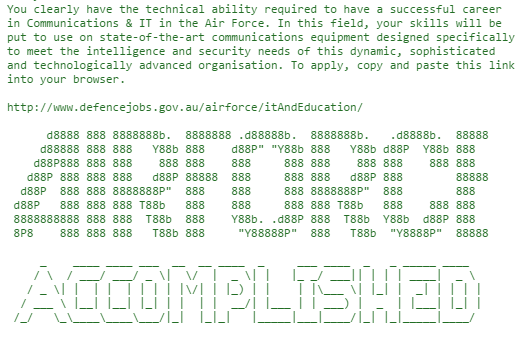 Companies with big budgets can afford more fun, thus the ad created by Almap BBDO allows a visitor to drive Audi directly inside the banner, with the site contents moving governed by centrifugal force. Check this out here or see the following screenshots of what happens. 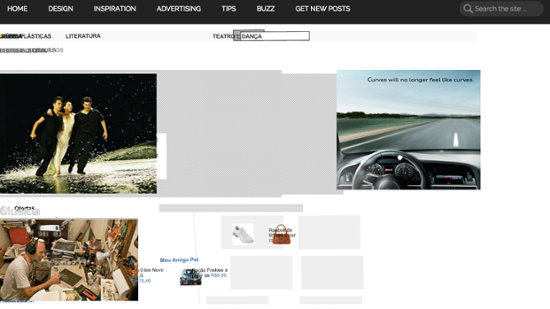 Another car ad banner. When you click it, a car flashes by so that the sight cannot catch it. The user is then proposed to move the slider back, upon which the ad itself appears. 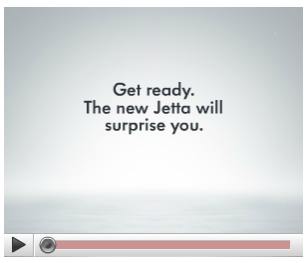 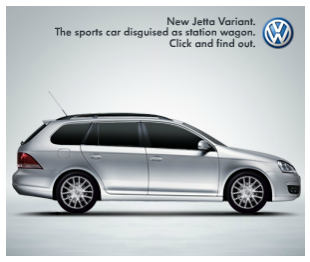 A brilliant idea from Marie Callender’s - banners with savory pies were shown to people who visited weather forecast on rainy, frosty or snowy days.
The banner was so popular that it even received IAC Award. 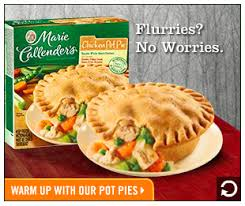 The successful idea to turn a banner into a coupon to redeem beer appeared in cooperation between - Busch and AKQA. They targeted the ad on Facebook to young men and they, upon clicking it, could share the coupon with their friends. Those who received the coupon, then logged into their Facebook account to activate the code. All they needed to do then was to show the code in a bar and get their free Budweiser.
This promotion resulted in every beer bottle having paid off three times and this case covered by popular media, Mashable, USA Today, and the Wall Street Journal. 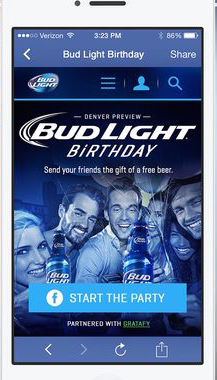 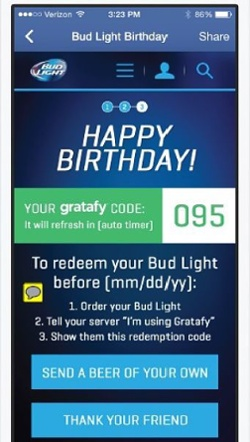 A straightforward tactic with short and clear offers aimed at the result works perfectly. It motivates and urges, which is important to complete the buy quickly. Looking at the work done by local agency One Small Step Collection who created daring and striking images for Sufferfest sales on Twitter, you want to buy the app and race a bicycle immediately! 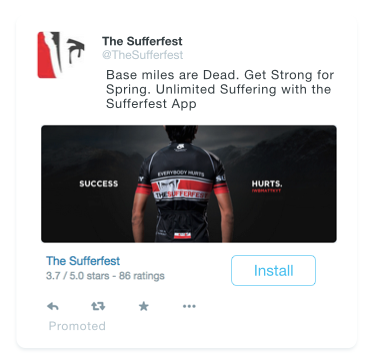 Another example of interactive job proposal. In order to hire writers to the team, Amnesty International offered people to play Hangman in the banner. The secret phrase is “Words save lives” and when you win, you see the proposal to become a freedom writer.

A direct address through targeted ad is an excellent way to attract the attention of clients you need. Assembly Row, a company providing office space, placed their ad on Facebook, targeted to the HubSpot team and using the brand’s name, logo and colors in the banner ad, which clearly distinguished it among other offers. 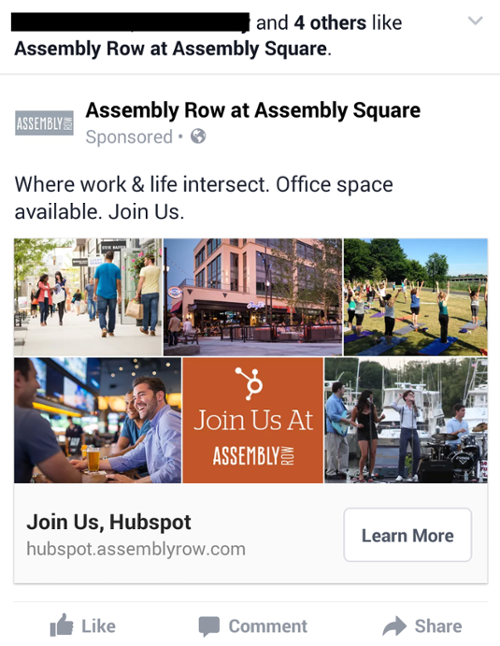 An interesting and entertaining ad banner from Adidas with slogan “Impossible is Nothing”. The user can draw inside the banner with the pen to extend the way for the jogging man and then various decorations appear, buildings, cars and plants. 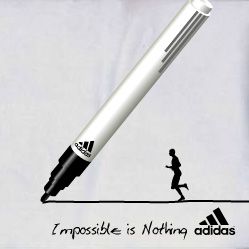 IKEA, as always, approached their advertising creatively – you can click the corner of the banner and expand it to any area, with the furnishing changing it and price popping up for every item.

There’s even a McDonalds banner created by Canadian ad agency Fjord. It is similar to the Pringles ad in being infinite too, but in this case only the background and animation change. 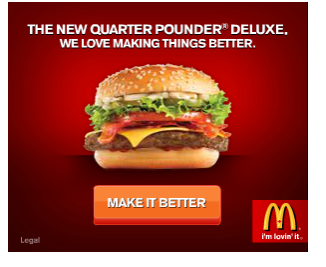 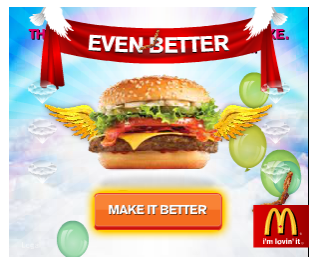 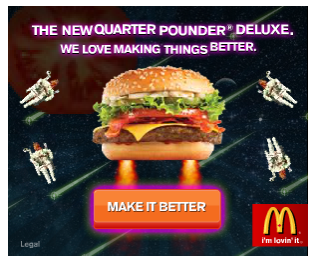 An interesting banner ads for Itaú Insurance, involving the keyboard. The user is suggested to dial the number and as he does so, a broken car gets repaired with every digit dialed. A hint that the company acts just as quickly. 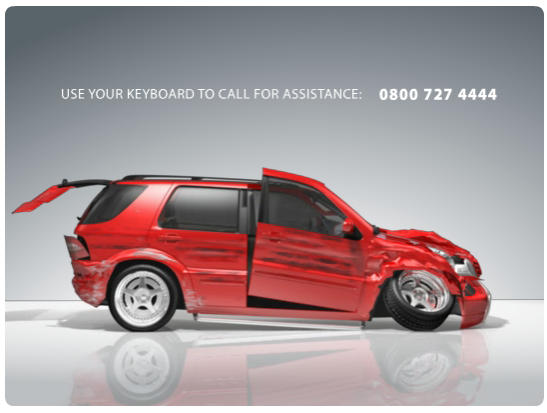 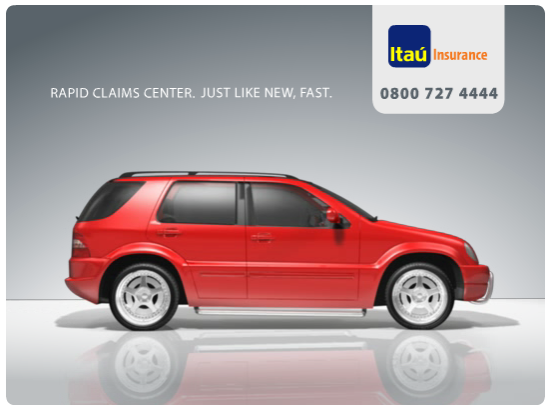 An interactive banner from Lipton with a quite wide range of commands. It suggests to pick any letter to get cool and the banner shows an activity that starts with this letter. For example, “I” is for Igloo building. 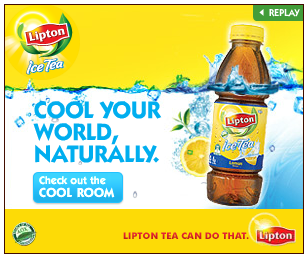 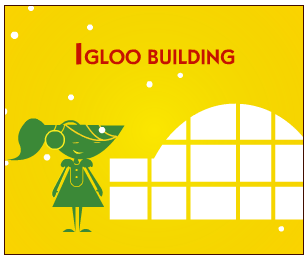 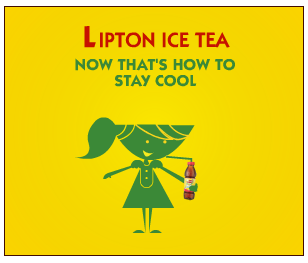 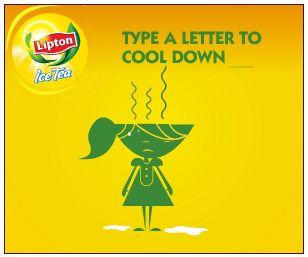 The bottom line is that a good banner is not hard to do. For more convenience, you can use Popsters content analytics tool. You will be able to analyze content preferences on social networks personally.

The main thing you need is a good idea that your audience will like and associate with your brand. We hope these picks will inspire you to create quality and entertaining ads.