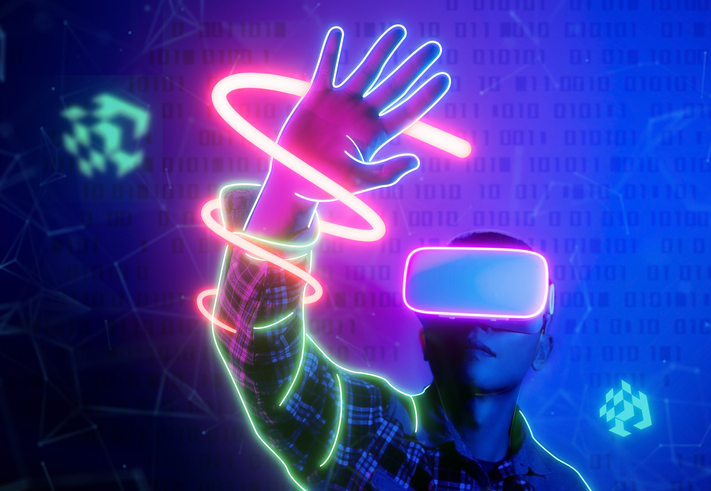 In the 21st century, information is transmitted quickly, so the world is developing at a tremendous speed. First, the social media appear, then the first smartphones, and now the dreams about Mars, flying cars and metaverses don't sound so fantastic.

Cyberpunk also affects marketing, which is also developing rapidly and forms its own trends and modern technologies.

Hope for a new generation 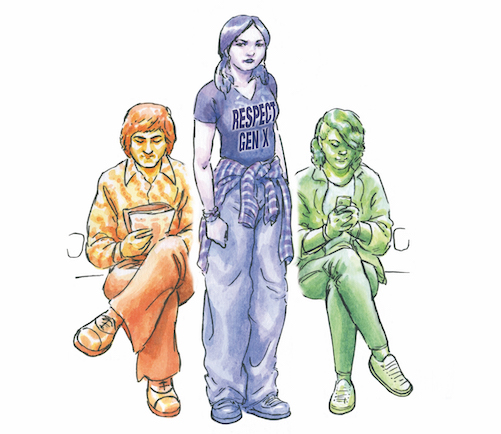 Generation Z (zoomers) - those who were born in the late 90s and early 2000s. These young people slowly replacing the previous generation and setting their own rules. In another way, they are called the generation of consumers, but not everything is so simple.

According to the study by Sparks & Honey, the purchasing power of zoomers is $44 billion, but it's difficult for companies to get this money, since traditional marketing is not so effective with this generation.

Zoomers can’t imagine their life without gadgets and the Internet, performing 3-4 tasks at the same time, so if you don’t interest zoom buyers in 8 seconds, they will ignore the information.

Here are a few characteristics you need to grab the attention of Generation Z:

One of the Generation Z trends is investment. Interest in this area is growing every year, and thanks to this, banking applications, cryptocurrency, financial services and educational platforms develop that teach financial literacy and simplify the investment process.

For example, the Bumper app teaches teens about investing and helps parents educate their kids and help them invest: 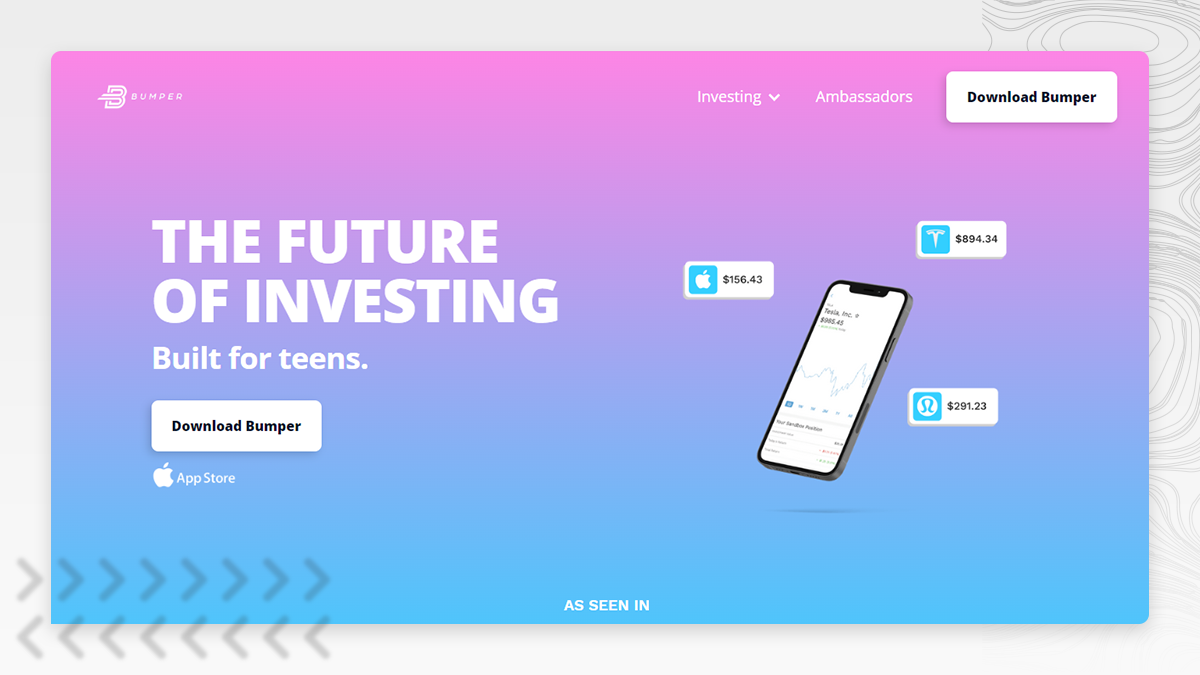 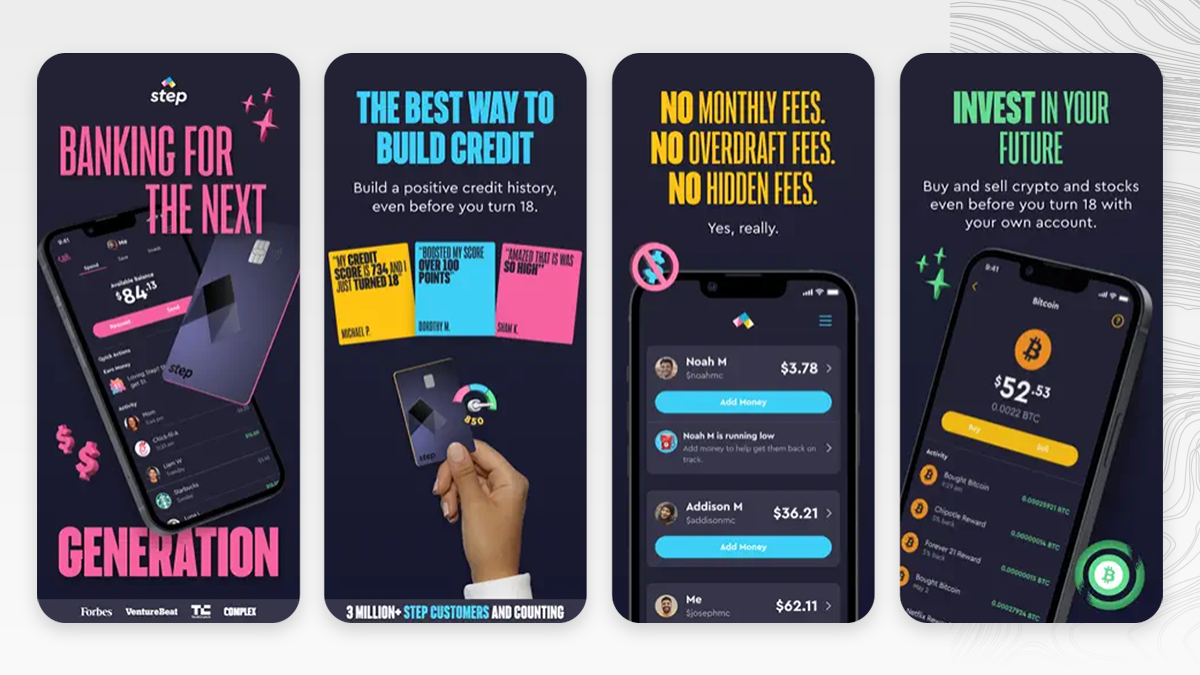 Web3 is the modern internet. It differs from the Internet that was 10 years ago and the difference is growing year by year. Web3 is just getting started, but marketers should learn it now to prepare strategies for the future.

Web 1.0 lasted from 1991 to 2004. It comprised non-interactive sites serving static content, and instead of databases, there was a static file system.

Web 2.0 is about quickly gaining popularity for companies and social media through a simple user experience. First, the company launched the product, then attracted as many users as possible, then monetized it. YouTube, Twitter, LinkedIn, Google, etc. have gone through this.

Web2 has no control over its data, so it's prone to data breaches, including tampering, controls, and government blocking.

Web3's job is to fix Web2's bugs and disadvantages. Web3 applications run either on the blockchain, or in decentralized networks of many peer nodes (servers), or in a combination of these two technologies that form a crypto economic protocol.

An integral part of Web3 is a cryptocurrency that provides a financial incentive (tokens) and independence. People create startups in which anyone can take part and invest through cryptocurrency. The company creates a certain number of tokens, gives some to the first creators, sells the other part in the public domain, and saves the rest.

For example, the Gitcoin project allows developers to receive cryptocurrency for participating in and working on Open Source projects. 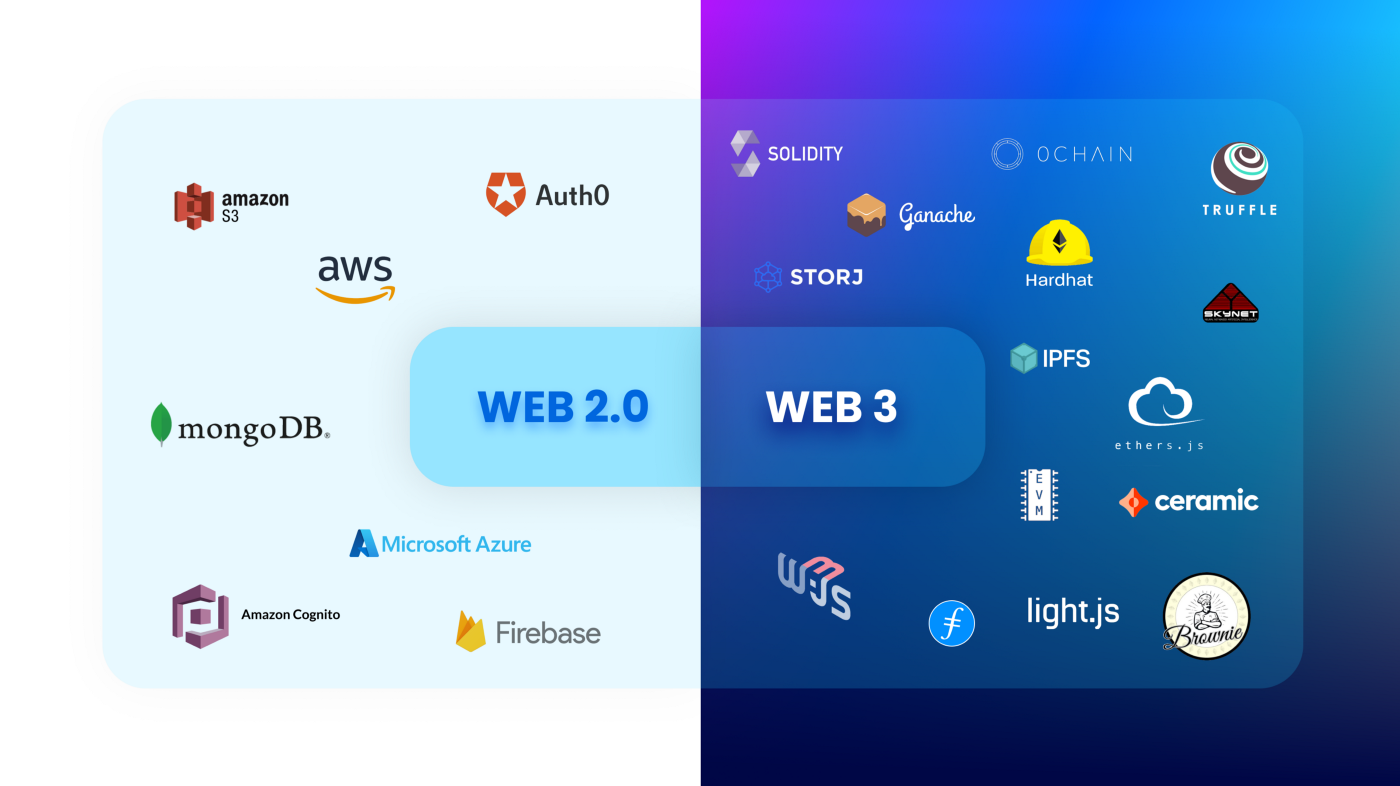 The Metaverse is hard to describe briefly, as and everything else. But almost everyone has heard of them. The future belongs to the metaverses, even the renaming of his company by Mark Zuckerberg. The Metaverse is a virtual space where people can contact each other through avatars and connect to the physical and virtual worlds. 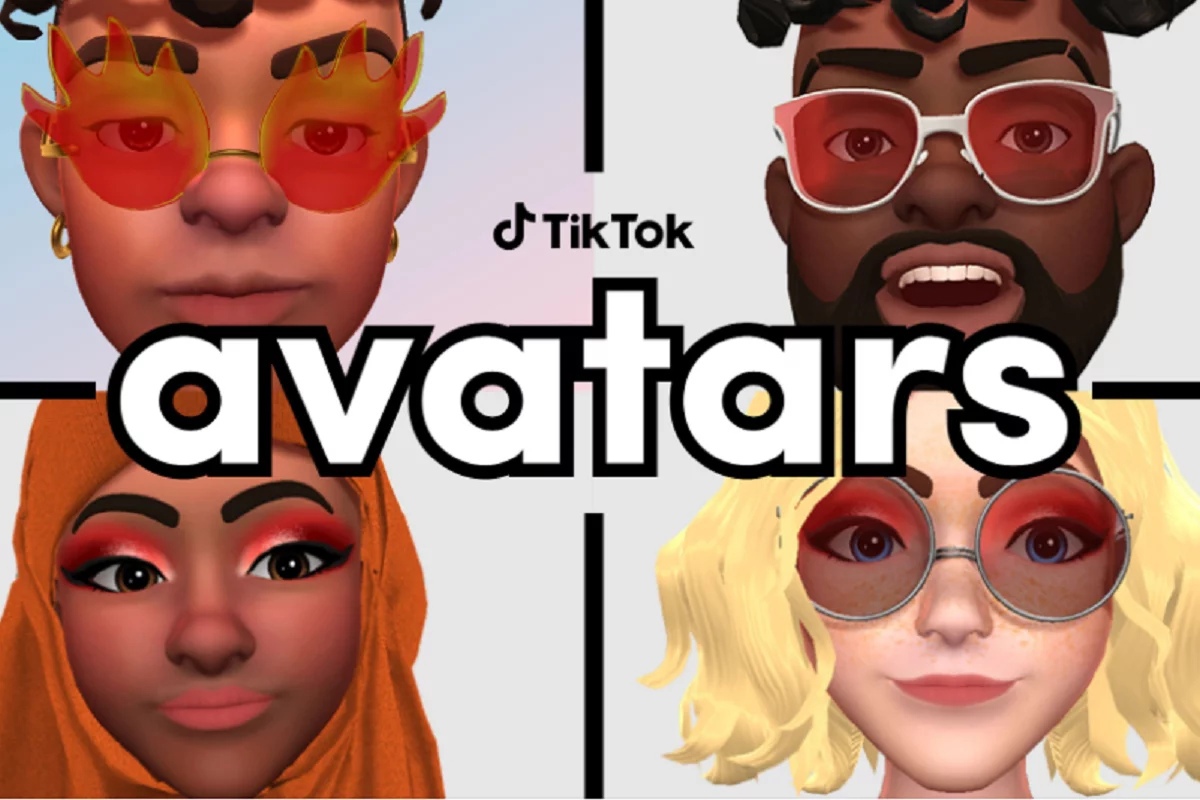 D2A (Direct-to-avatar) - own special business model that enables companies, individuals, brands to sell goods to digital characters or use NFT for this.

In 2021, Gucci hosted the metaverse installation Gucci Garden Archetypes for Roblox. They did this for users who could buy limited edition virtual items for their own characters within 2 weeks. Thus, fashionable glasses from Gucci cost $1.4, and a bag $5.5, which then rose in price to $4114. 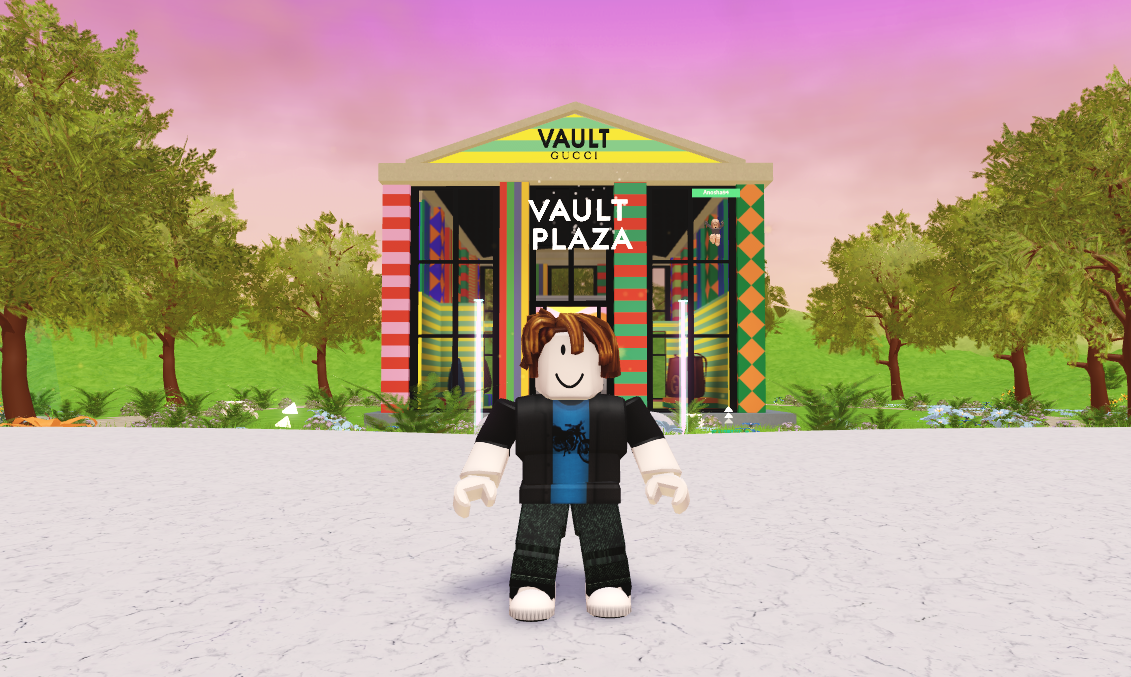 In 2021, sportswear company Vans added its own skate park to the metaverses. It has actual locations, namely analogues of parks from London and California. Any user can come there and ride doing tricks. For this, coins are issued, and they can purchase unique goods. 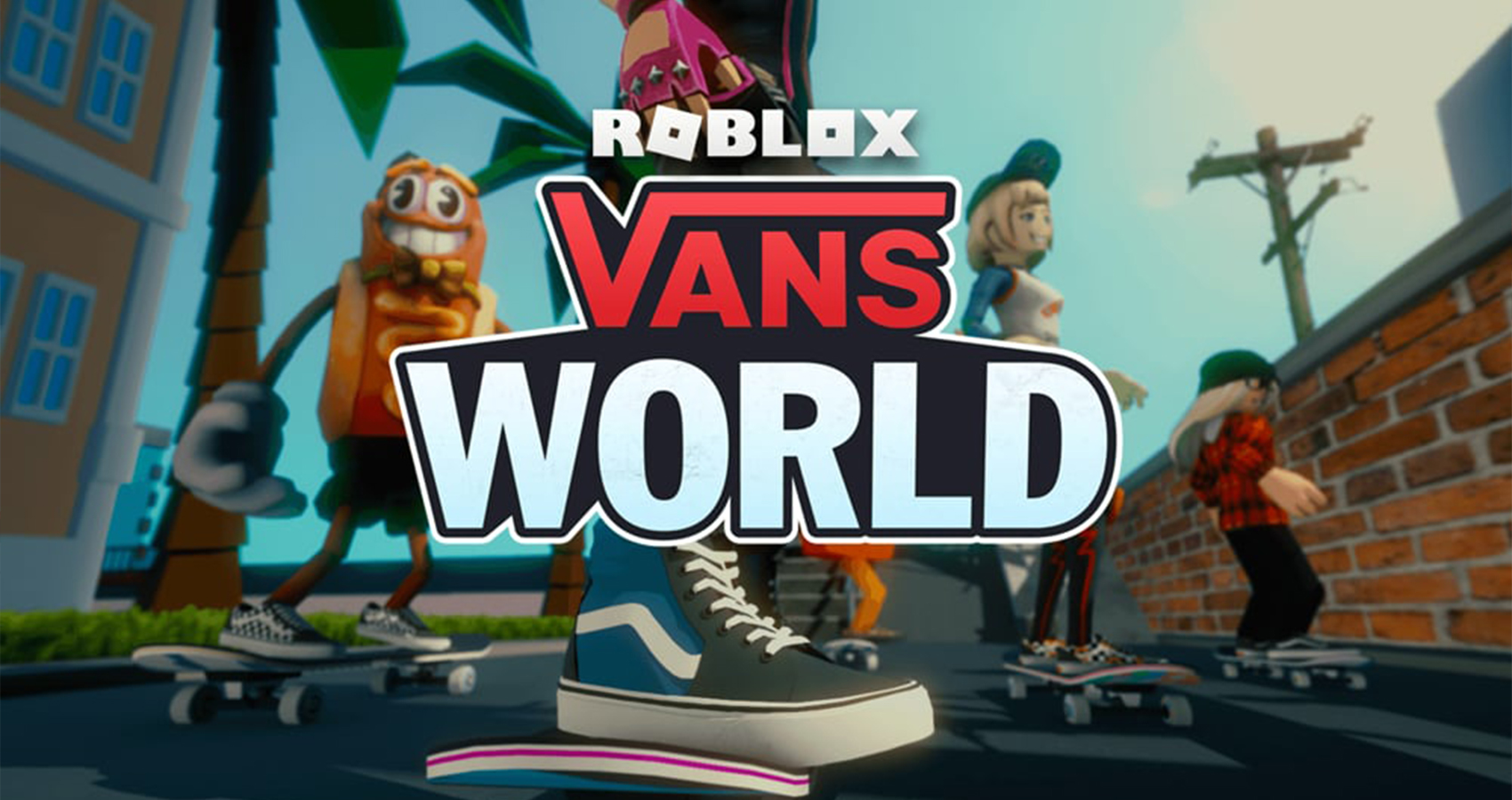 Events in the metaverses

Another way for brands to interact with users of the metaverse is through various events. For example, concerts or meetings with idols. Much users will come to such events, where companies will advertise and even sell their services or products.

Samsung introduced the Galaxy S22 phone for the first time inside the digital world. It was made in Decentraland on a VR platform. For the presentation, we used the Samsung 837 store, which is in real life right in New York. Inside the store, users can have fun, explore the place, and also complete interesting quests for which they give prizes as NFTs.

Education in the metaverse

Thanks to the coronavirus pandemic, online education has become very popular. People realized it is profitable and affordable. There is an opinion that transferring education to the metaverse will make the learning process even more immersive and effective, and technology companies, together with universities, are actively working in this direction. 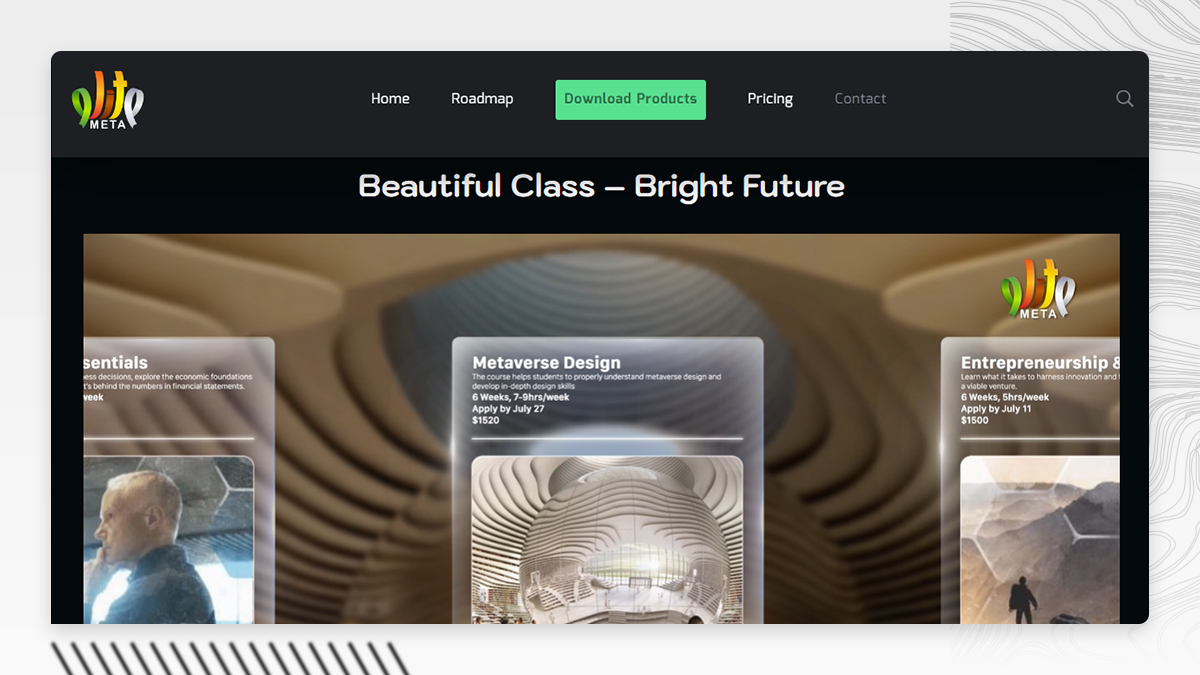 Almost everyone has heard about the popularity of NFTs, but few have thought about the NFT rental trend.

NFT (Non-Fungible Token) is a unit of account for a digital impression for any unique item. These can be pictures, avatars, music, branded goods, etc.

Today, NFTs don't have to be bought for large sums, because they can be rented. The owner of the NFT continues to own the token, but leases it to another user for temporary use. There are two types of lease: mortgage and unsecured.

According to the study by NonFungible, NFT lending is becoming a virtually risk-free process. One of the leaders in the NFT rental market is reNFT: $1.5 million in venture capital funding was raised in a deal completed by Animoca Brands on October 9, 2021. 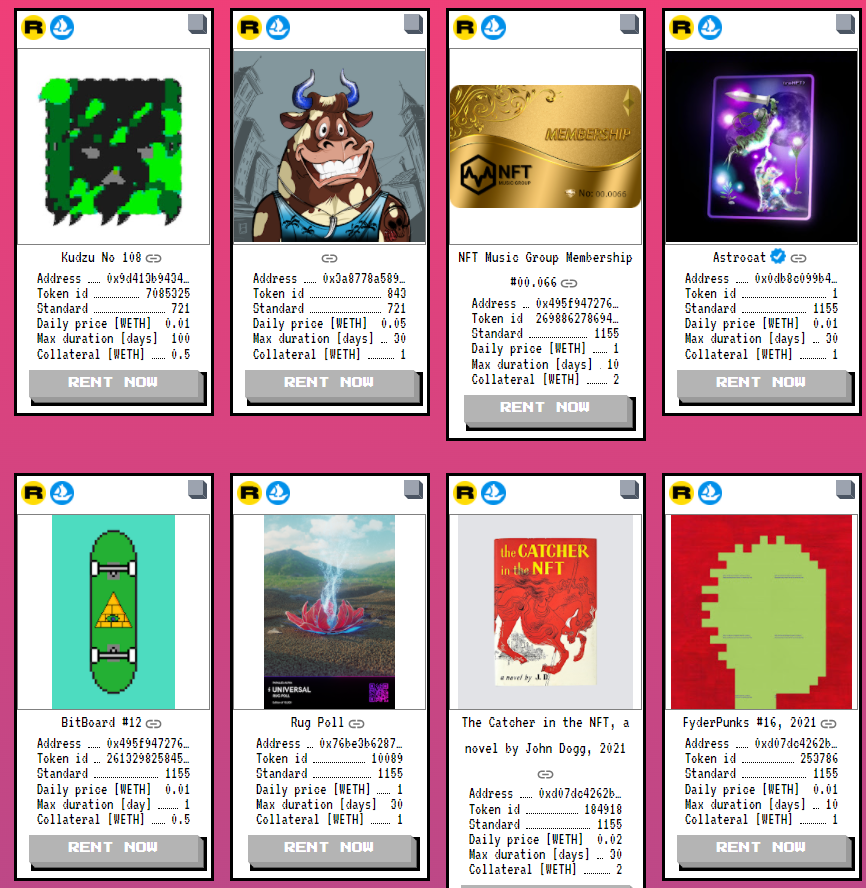 Outerwear Meta Jacket from RTFKT Studios, which can be rented by game avatars: 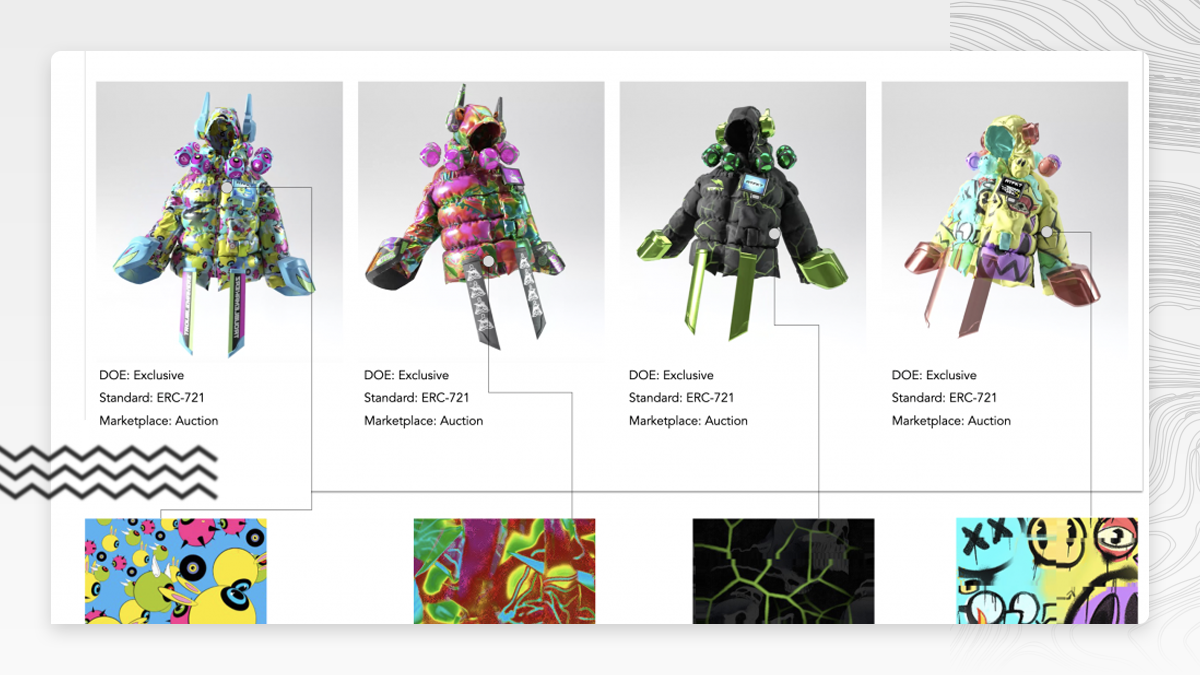 According to the study by Trend Hunter, one of the major trends in the future of marketing is musical bottles. This is one way to present information to consumers interestingly and make the experience of interacting with products brighter with new impressions.

Coca-Cola has released a new flavor for its collection: Starlight and Starlight Zero Sugar. This drink has a red tint rather than brown and has a translucent appearance. Those who buy a limited-edition space drink can enjoy a themed concert. 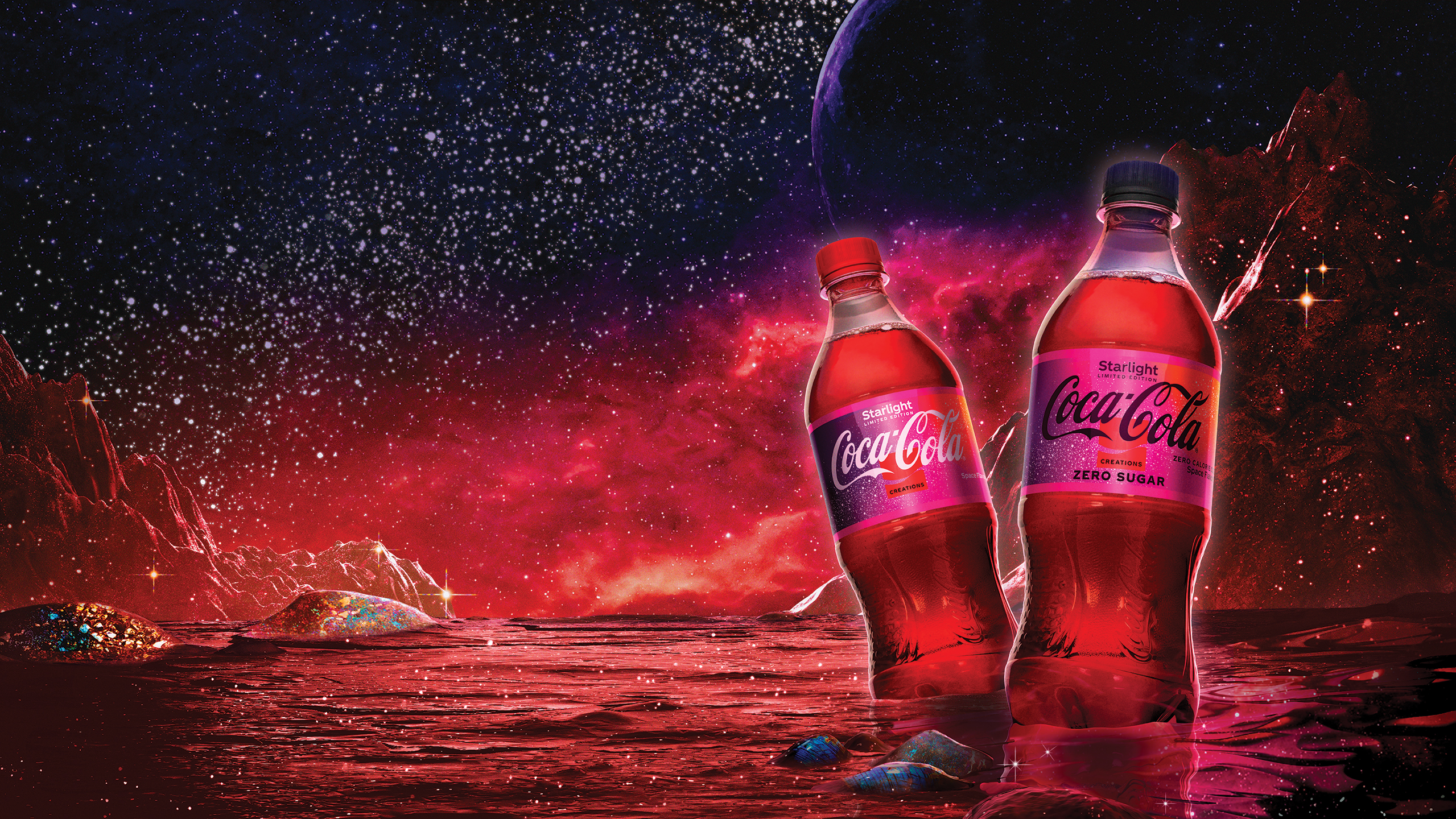 Enosophia invites you to scan the interactive label on your drink bottle, which will give you access to a specially selected playlist created specifically for listening while drinking. 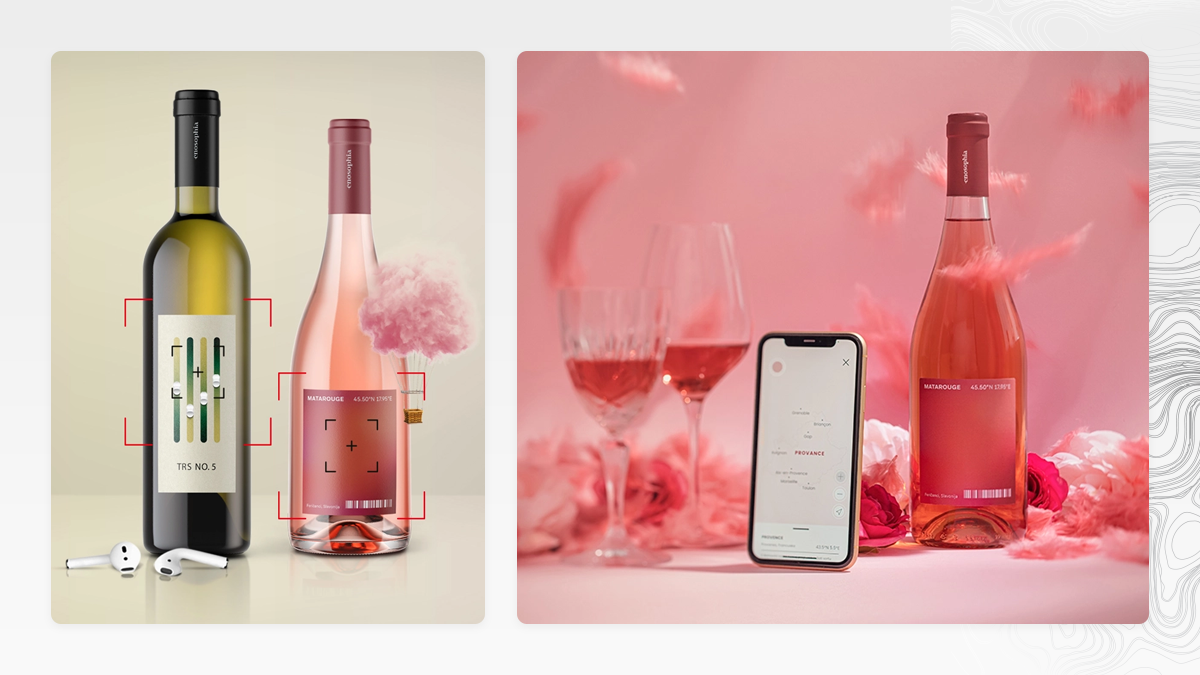 ASMR (Autonomous Sensory Meridian Response) is a separate genre that allows you to convey unforgettable emotions and goosebumps through headphones. The ASMR audience has been growing for years and is gaining a large audience, especially on YouTube. And of course, marketers should also pay attention to this.

ASMR is an investment in a large youth market. 18-24-year-olds make up about 50% of the interested audience.

Zippo, thanks to their iconic click, is going in the direction of ASMR:

And IKEA showcases its collection using the ASMR properties of household items from a student dorm:

The neural network is one of the most popular trends today. In simple terms, it's a method of artificial intelligence that teaches computers to think like humans. Many social networks create their own neural networks, some buy them for large sums, and some applications, with the help of the author's neural networks, capture the tops of the App Store and Google Play.

For example, Lensa allows you to generate anime characters and superheroes from photos, which has allowed it to become the most downloaded application in the App Store in a short time. The Magic Avatars feature allows you to “make a very original photo shoot for little money” using a neural network. 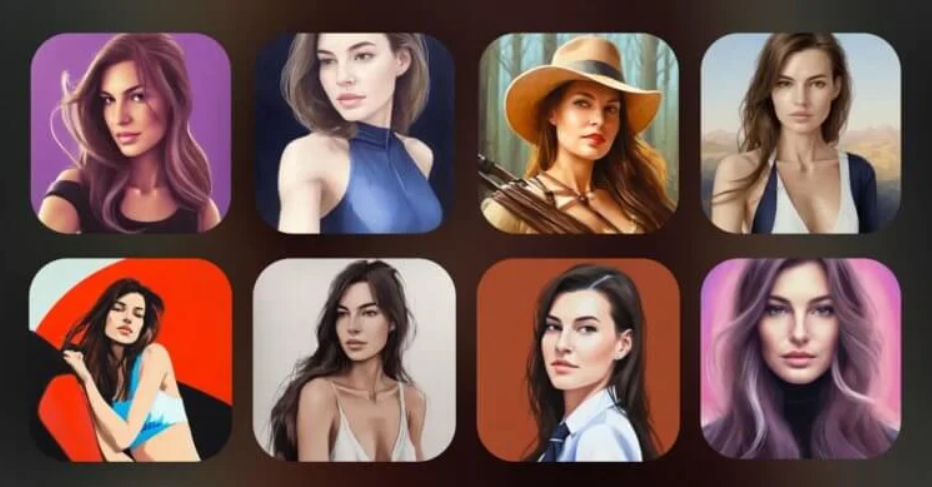 TikTok this year launched its own neural network built into the application, which generates images from a text description. The effect attracted the attention of the audience and gained great popularity. 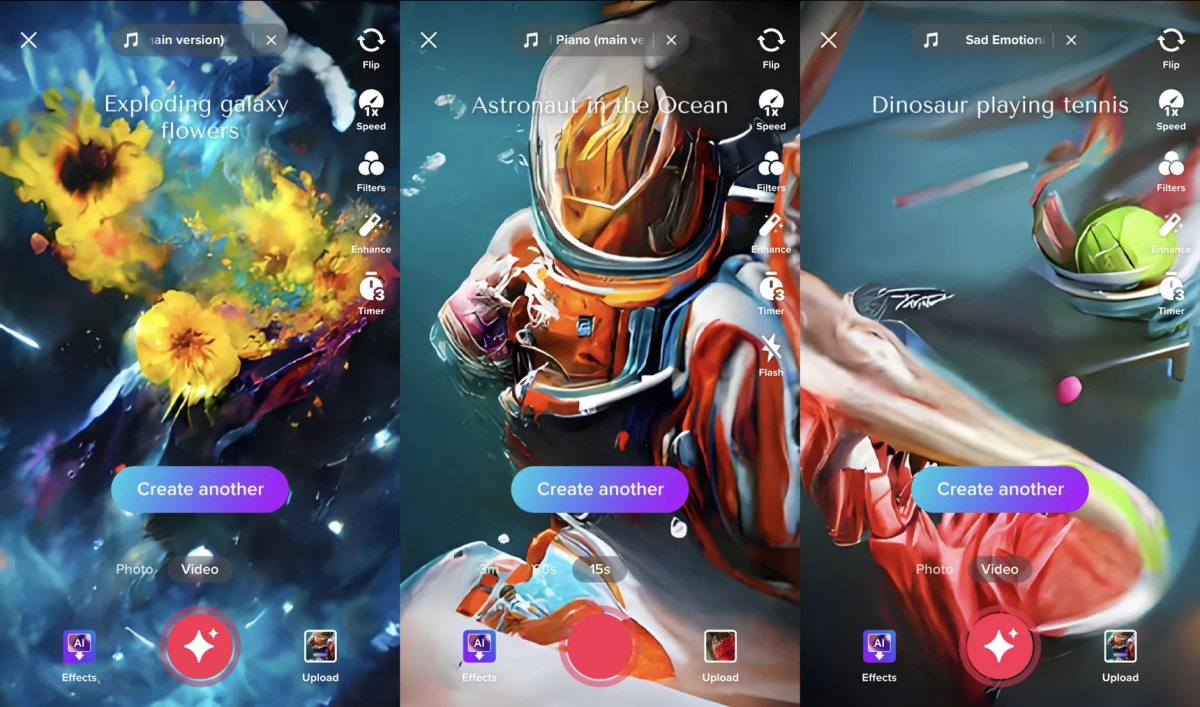 The future is just around the corner, and professional marketers should follow new trends and think about modern strategies.

If you don't understand the new world, metaverses and NFTs, and think that this is a soap bubble and a temporary phenomenon, then believe us, you are wrong. At least the giants of the market are already earning attention and money from it. Remember how often you overpay for branded clothes or buy currency in computer games just to stand out from others without getting specific benefits? It's just a human factor.